The History of Swanton's Art Walls 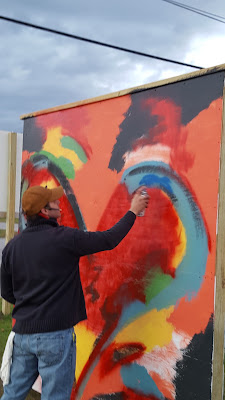 The History of Swanton's Art Walls

Created in 2015 by artist Scott Rheaume, Swanton's Art Walls served as an open canvas for local artists to create in a public forum to unite the arts and the community.


Scott Rheaume, President of the Swanton Arts Council (SAC) began his creative endeavor with the support and assistance of the SAC in 2015. He researched how open public canvases could be installed throughout our town. He met and received approval from the Village Trustees, Town Select Board, Development Review Board and Zoning Administrators.

Before being removed in the summer of 2020, Swanton had 5 open canvases. They were located in the following areas:

As they were constructed and installed the public was encouraged to creatively express themselves by painting individual artwork on the double-sided, free-standing primed art walls.