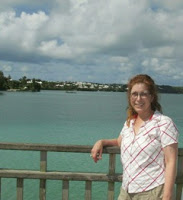 Anita Michele of Swanton, Vermont is a founding member of the Swanton Arts Council and studied painting, drawing and sculpture at Johnson State College. In 2006, Anita graduated with a Bachelor of Fine Arts in Studio Arts degree. She has also completed workshops at Art New England, Bennington College, Vermont for the past two summers studying painting under Tim Hawkesworth and Lala Zeitlyn. Anita has also attended workshops at Artists’ Mediums in Williston for furthering her professional development.

Since 2006, Anita has worked in art/set design at Missisquoi Valley Union High School’s Spring Musicals, of which three were served as Art/Set Director. She has exhibited her art in Burlington, St. Albans, and Montpelier, Vermont. In 2006, Anita was one of 53 chosen by the Vermont Arts Council’s “Palettes of Vermont” exhibition, titled “Palettes of Vermont 53 Flavors: Tease Your Palette 2006.” At a very young age, Anita was intrigued with landscapes and horizons, colors and values and uses these elements in her abstract paintings. Her inspiration from nature’s forms and colors are illustrated by the use of flowing lines and textural shapes in her images. Anita’s mediums include acrylic painting, charcoal drawing, mixed media, and book arts. 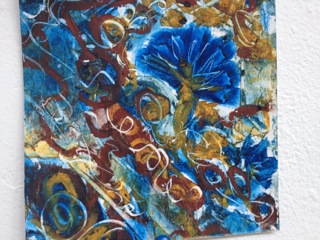 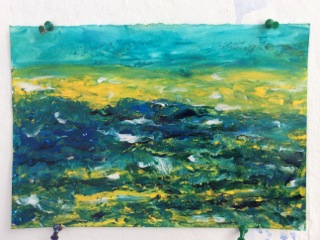