This Awesome Project:
When I first moved to Swanton, Vermont 25 years ago there was an annual parade with floats, trucks, and bands. One of the floats was the “Wild Boomers”; a bunch of elderly locals who each played a crazy instrument that had a fiddle, drum, bells, and washboard attached to a pole. They were having so much fun! They were a crowd favorite and I knew that someday I wanted to be a “Wild Boomer” too.  Sadly, the Summer Festival parade died out and no Wild Boomers can be found. That was the beginning of the economic downturn of our town.

Recently a group of Swanton citizens has started working together to revitalize our town, forming groups, sparking discussions and organizing events. Public art is popping up and people are coming out of the woodwork to take active roles in re-designing our town. I know that if the Wild Boomers weren’t extinct they would be booming with joy and be proud to help us celebrate our success. 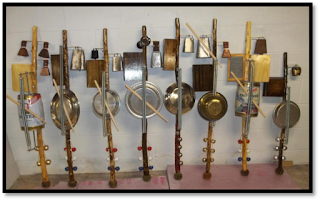 We thought any chance of seeing the Wild Boomers again was lost forever, but through the magic of the internet we have located the plans for this amazing instrument (also known as a Stumpf Fiddle.) Scott Rheaume, local artisan, is willing to lead a creation group so we can make enough for a band.  People are getting excited and want to take part. Help us bring the Wild Boomers back!

Our goal is to make a minimum of 10 Stumpf Fiddles for local, would-be musicians to play at public events. Once we have mastered the art of making Stumpf Fiddles we will circulate the plans, start a local “Wild Boomer” group and debut at a local community event. Then on to find the funds to make more!  We will hold Wild Boomer instruction classes through our Public Library where the Stumpf Fiddles will be on loan so all can have a chance to try them.  Every penny we receive will go to purchasing materials. (Some materials have already been donated!) All other costs will be covered by local Boomer enthusiasts.

What's the cost, you ask?


All funds received will go to purchasing the materials needed to create the Stumpf Fiddles. (Approximately $100 each) Scott Rheaume, a local artisan, has offered to donate his time and talents to create the prototypes and instruct a team to make a minimum of 10 fiddles. Recycled materials will be used where possible so even more fiddles can be made. With prototypes, plans and skilled instructors in place the Wild Boomers will rise from extinction!

Important Links:
How to Make a Stumpf Fiddle (we can do this!)
Scott Rheaume, Missisquoi Delta Guitars (our fearless leader will guide us)
Stumpf Fiddle Demo (see one in action!)

Wild Boomer Champions:
(These are the people who will be involved from the start, make the fiddles, and learn to play so they can help teach others to bring the Wild Boomers back from extinction.)

A little about Swanton, Vermont:
We are the community of Swanton, which is a small rural town in northwestern Vermont which is minutes away from the borders of Canada, Lake Champlain, and New York State. The Missisquoi River and Northern Forest Canoe Trail runs through the town; and we have a central town green, a riverside park, and a walking trail where the railroad used to be. Swanton has a population of 2500 in the village and 6500 in the greater town, 10% of whom live below the poverty level. Swanton is situated at the junction of three major transportation routes and is host to a substantial influx of summer campers.

Over the past several years Swanton's sole identity has morphed into a pass-through town. For 48 years we hosted a (now-defunct) Summer Festival that flooded the village with up to 20,000 people. We had a theater, multiple downtown shops and thriving small businesses. We were once a major stop on the railroad, which now bypasses the town. Protracted economic downturn has hit us hard. Recently an active group of citizens has rallied to revitalize Swanton; both that and our position as a gateway to the Champlain Islands, New York and Canada have the attention and support of the state and local governments. Swanton is poised to re-invent itself - and to show all those who just drive by that there are great reasons to stop the car.

There is limited industry in town, and most of the people who live here, work, shop, and play elsewhere. There is no nightlife.  The majority of traffic going through our town consists of people going somewhere else. Within the past 5 years, we have seen a resurgence of people coming together to have increased community activities in our town. People are starting to get excited and new community events are being planned. Partnering organizations for these community events are the Swanton Enhancement Project, Swanton Arts Council, Swanton Recreation Commission and Swanton Chamber of Commerce to name just a few.

Where is Swanton, Vermont? 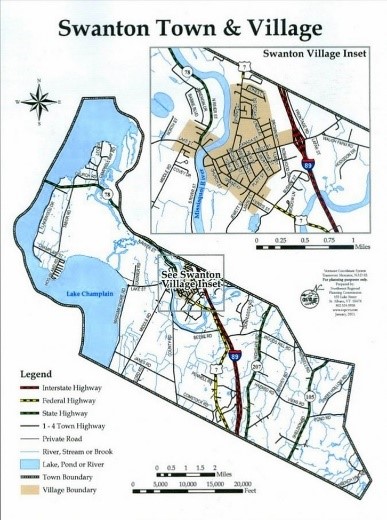 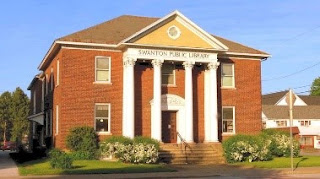 The Swanton Public Library
will be the site for the creation of this project!
And once they are made you will be able to test them out for yourselves. The plans for the Stumpf fiddles will be kept on hand in the MakerSpace.

A little about the project lead:
My name is Judy Paxman and I am the volunteer Executive Director of the Swanton Arts Council and an Assistant Librarian at the Swanton Public Library. I am so fortunate to be able to work, create and play with all of the amazing people who come together for the betterment of our community. My artist profile can be found at Judy Paxman Artist Profile

Did you know:
The Swanton Arts Council (SAC) started with 4 people who desperately wanted to see art celebrated in our community. With no real plan (but a lot of passion) our little group has grown to over 300 members and an online following of 1000+ after 4 short years.  We work with almost every non-profit and municipal organization in town and are dedicated to adding color and life to our community. We are volunteer-run and invite all to participate in the fun of creation.